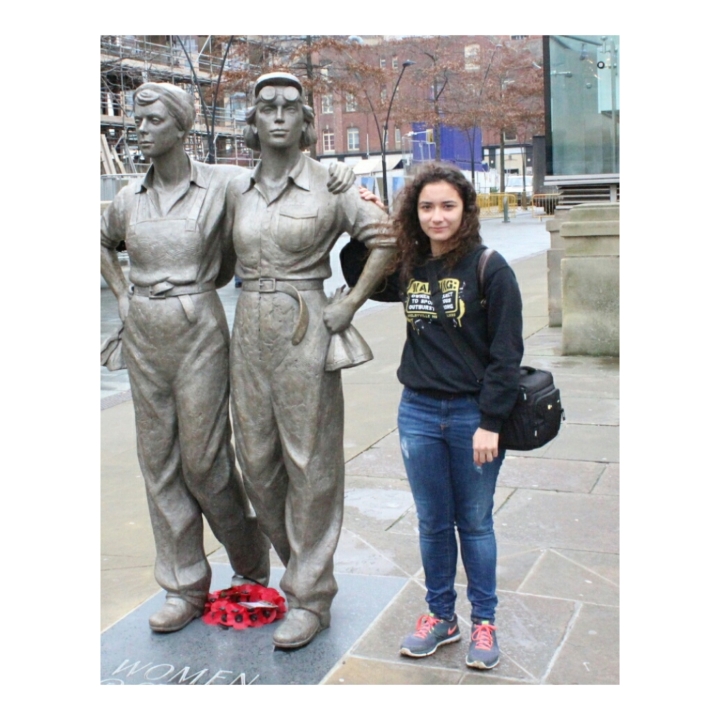 First of all why law?

I did not always want to be a lawyer. In fact, I was quite sceptical about the idea behind being a lawyer because I could never visualise myself as one. It seemed very tough and distant.

Then, it all changed with one subject and one teacher. When I was in high school, I had a class called American Politics in which our teacher gave us homework that required analysing very complicated documents like Magna Carta and the Bill of Rights. Some of these homework would take about 3 hours for me to finish them because it was full of legal jargon that I did not understand. So I would have to figure out what those legal jargon meant first, and then complete the tasks. It was exhaustive.

But I loved it. It took me a long time to complete these tasks, but I loved it so much that I did not even realise how fast the time flew.

When it came to choosing a degree for my university applications in 2016, I did most of them for other EU countries and for Political Science degree.

England was out of the question because of its high tuition fees. Until me and my dad had a chat about how a career in law would actually be much more suitable for me than Political Science. He convinced me that they both required similar analytical skills and that the career options would be wider for a law degree. We made a deal that if I chose law, then he would agree on sending me to England.

My own vision of how tough law seemed was just exaggerated with my own fears. My father’s support for me studying law meant a lot to me because he encouraged me that I could do it.

Why University of Sheffield?

After the agreement I had with my father, I started my search for universities in England. I was looking for something that had both the English Legal System and International Law aspect combined. Therefore, the university search was significantly narrowed to University of Sheffield, International and EU Law with one year abroad (mandatory). I chose this course also because of its mandatory year abroad requirement as I had done a year abroad in high school in America. I knew how much I grew because of my year in America and I really wanted to do it again.

University of Sheffield also came across as a great research institution in England as it is a Russel Group University.

But the most important factor that got my attention in my endless web searches from thousands of kilometers away was the university’s international outlook. It was very clear from the beginning that this was a different place- a university that accepted all students from all backgrounds. As an international student, this was very appealing to me because, at the end of the day, I was coming on my own to a country where I knew nobody. It took less than a month for Sheffield to feel like home because of how friendly and accepting the university is towards international students.

2 Replies to “Why did I decide to study law in the UK?”